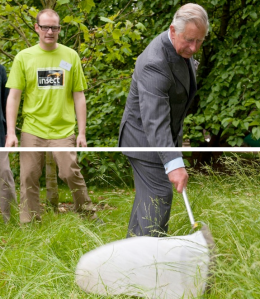 Insect collecting has been a popular hobby and a staple of K12 biology programs. Collecting and curation equipment such as nets and insect pins are relatively inexpensive and many collecting devices are home made. Insect collecting connects students with nature, allows them to observe insects in their natural habitat and study their complex structures in labs.

The California Department of Fish and Wildlife has considered a fee for collecting invertebrates of $75. per student or $400. per team. These fees would make insect collecting more expensive and perhaps diminish its use in education and science.

The California Department of Fish and Wildlife is primarily concerned about rare or economically important species but the proposed regulation would extend well beyond the present scope. However, these are not typically impacted by student or scientific collectors. Most state and the federal government require collecting permits on government lands. In the past, collection on private lands has typically been regulated only for species of concern.

Scientists and educators need to be accountable and justify their reasons for collecting insects. What are the costs and benefits of more regulation? Could regulation produce more usable data or lead to improvements in the science or education involved in collecting? Would regulation impede education? This issue needs more discussion and a clear set of goals that the regulations are intended to meet.

Jonathan Neal is an Associate Professor of Entomology at Purdue University and author of the textbook, Living With Insects (2010). This blog is a forum to communicate about the intersection of insects with people and policy. This is a personal blog. The opinions and materials posted here are those of the author and are in no way connected with those of my employer.
View all posts by jjneal →
This entry was posted in by jjneal, Education, Environment, News, Policy. Bookmark the permalink.